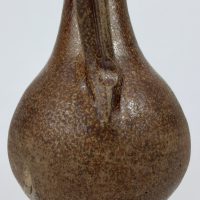 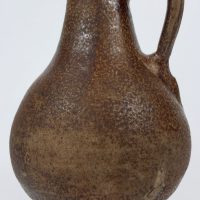 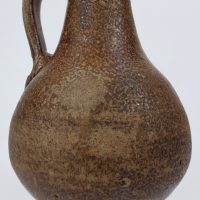 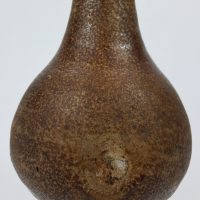 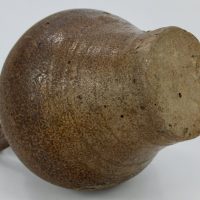 Another fabulous early English bottle with handle. This pot has a strong speckled tiger glaze running around the bottle with wonderful wonky applied handle. The rim has a tight double ringed collar. This bottle was found offshore in Shoeburyness Essex and has been rolling around in the sea for some considerable time as there is wear present around the body. Several manufacturing marks and touch marks are found around the body but remarkably its in good overall condition with only one small base chip. Late 17th century. London. 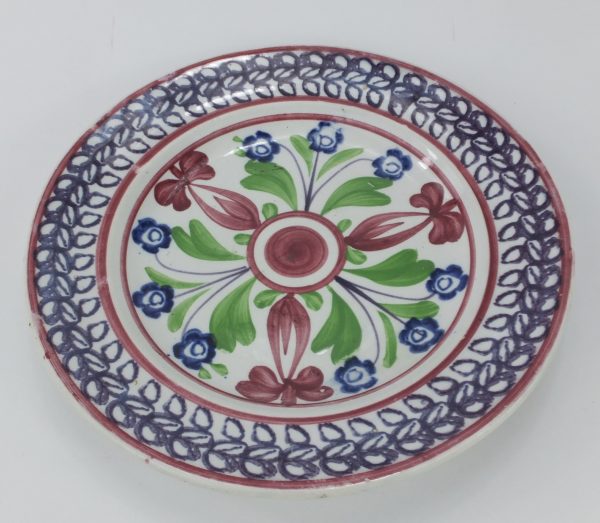 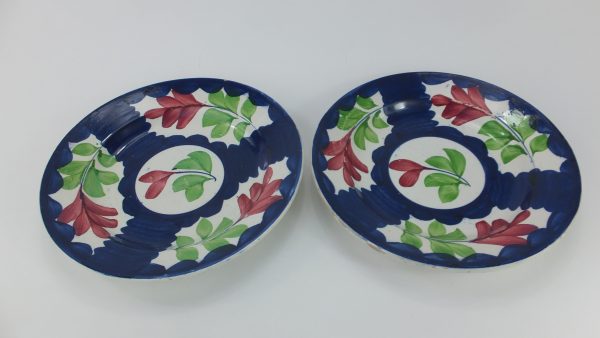 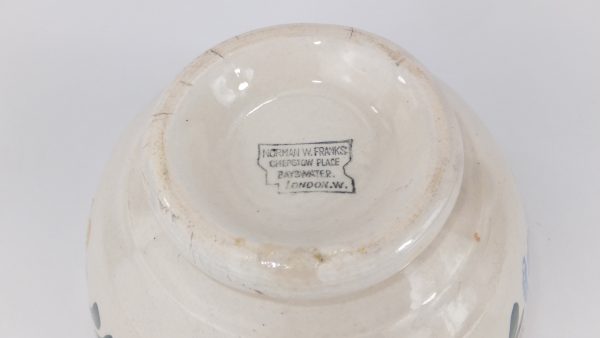 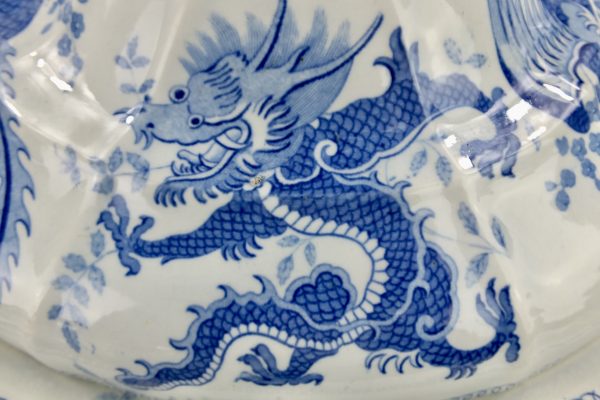 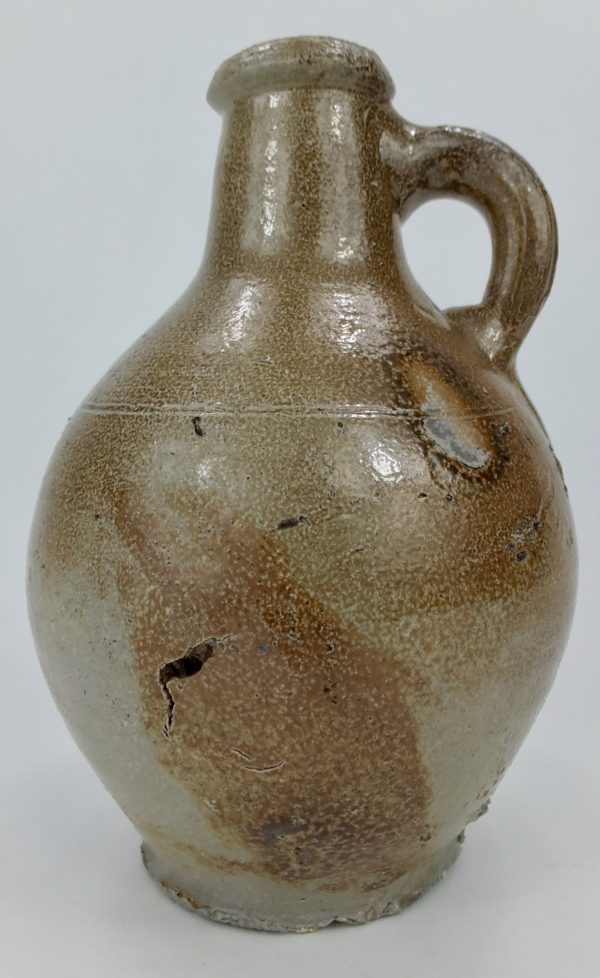 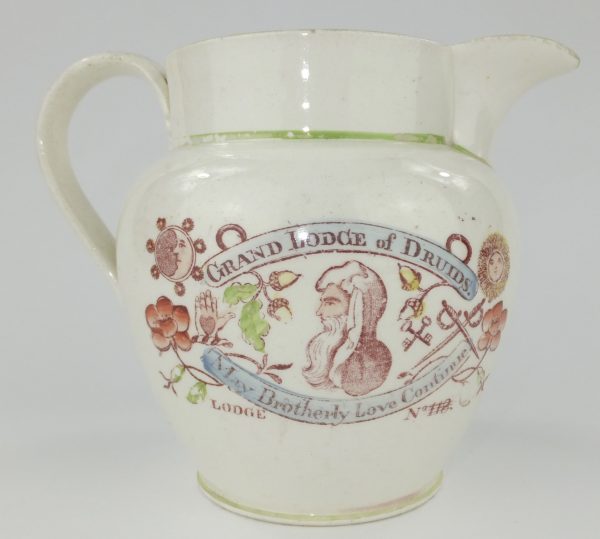 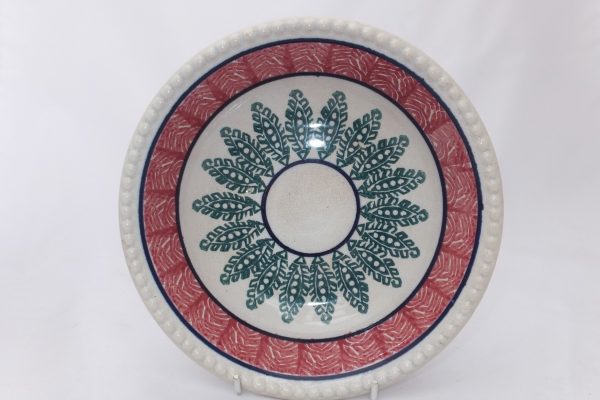 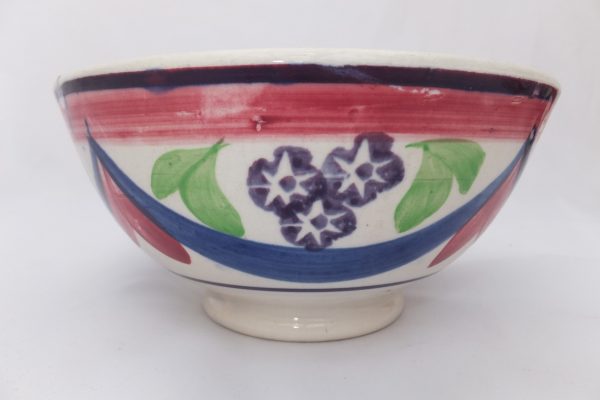