One of the all time classic English medicine bottles of exceptional colour and condition. This dark aqua bottle has a wonderful bluish hue to the glass. Cross hinged base with indentation for a sand pontil mark. This company also licensed the rights to sell the formula in America so there are known medicine bottles of very similar embossing but the lips on these are typically American. Very few English examples exist and most are light aqua, this bottle is a much stronger colour. Originally dug up on the South coast of the UK and the surface was very slightly cloudy but has been sympathetically cleaned to an original lustre. No chips or cracks. Height 7 inches, width 3.25 inches. English, C1840/50s.

First widely advertised at the beginning of the 19th century Dr J. Webster’s English Diet Drink, or Cerevisia Anglicana, was one of a number of ‘diet’ drinks of the 18th and 19th centuries that claimed to alleviate or cure a host of ailments. In newspapers and advertising pamphlets it was claimed that the Cerevisia Anglicana was a cure for ailments both real and imagined, ranging from asthma and scurvy to ‘nervous complaints’, ‘impeded perspiration’ and ‘debilitated habits’.

All known examples of these iconic British patent medicine bottles (probably fewer than a dozen) bear the pseudo-heraldic shield and crest that were adopted, in around 1818, by the then-proprietor, Edward Slee of Borough High Street in London.There are no known examples that pre-date this, and it’s possible that before 1817-18 the bottles were unembossed. Advertising for Websters medicine declined sharply in the 1850s-60s, but it probably wasn’t until the late 19th century that it disappeared entirely. The latest known examples of these bottles date from approximately 1860/70.  **Information gratefully received from Jerry Kemp** 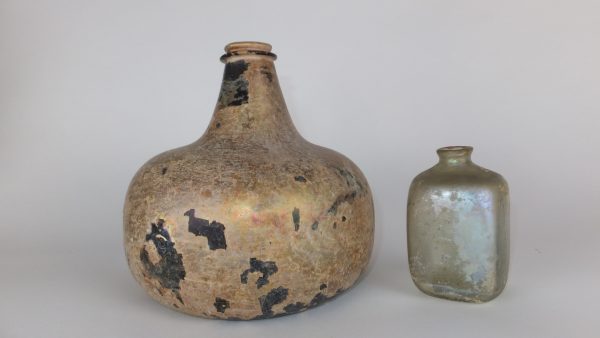 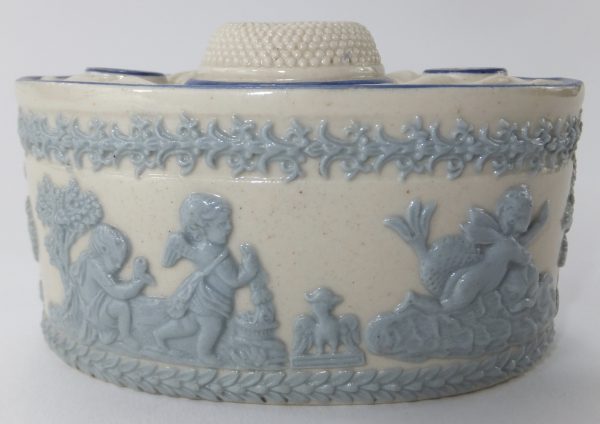